Un Peu de Neige Salie [ Origin ] is a re-release identical to the original release of the album on the SELEKTION label in 1993, albeit with a new cover. It will be available in two versions, the original and a contemporary one – see below.

Starting with the these two releases, trente oiseaux will introduce a new release policy: all releases will be mastered both in a 16bit and a 24bit version, and when you buy an album, you will be entitled to a free 24bit version of it. In the case of Un Peu de Neige Salie, the two versions will not be identical, but the 24bit version will be re-mastered with the most modern mastering tools we have at our disposition. The 24bit version will thus present the album as it sound like when mastered by Bernhard in 2017.

The two 24bit versions are not quite finished at the the time of writing, but will soon be available. To obtain a 24bit version please write us an email: info(@)trenteoiseaux.de

Four more new albums have been released by trente oiseaux:

These four titles are of course re-releases, but have not been available for some 15 years now, have been re-mastered and received new covers. They are re-releases of a work cycle of four pieces based on "InAudio" by British duo Immedia ( Vicky Paniale and Darren Reynols ). They were originally released as two 2CD sets on LINE in June 2001 and April 2002. The albums now share are common booklet that, among other things, contains the original liner notes.  Read booklet...

Last, but not least, an important bit of information for our European customers: we have just learned that Bandcamp charges the German VAT on orders from Europe. We do not, because trente oiseaux is exempt from VAT, and we will try to explain this to the nice people at Bandcamp. For the time being, European customers are better off buying directly at our online store.

Our three new releases are now available for download in the trente oiseaux online shop - they can be obtained by clicking on "Buy Net Album" link on the Releases page.

Trente oiseaux is updating the Creative Commons License we use for our releases to CC-BY-NC-ND 4.0 This license excludes commercial use and derivative works. Both are possible if agreed upon by trente oiseaux, so get in touch and ask us.

The next batch of releases is scheduled for 24 October 2016 and consists of remastered re-releases of four pieces by Bernhard Günter originally released on LINE in 2001 and 2002:

We're already working on the release schedule for next year, but an additional album this year is also an option…

Other news: trente oiseaux will see a relaunch that will include a new website and a stronger presence on bandcamp.com – this is in the works, largely thanks to the invaluable help of ErikSchoster and Derek Piotr. The label has even, after 21 years in existence, finally received a logo: 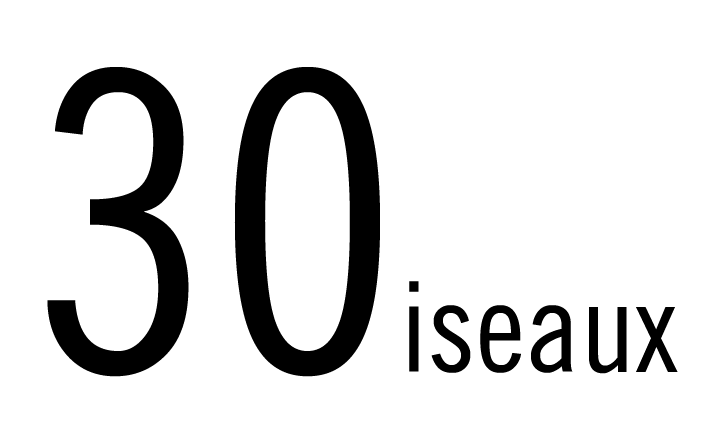